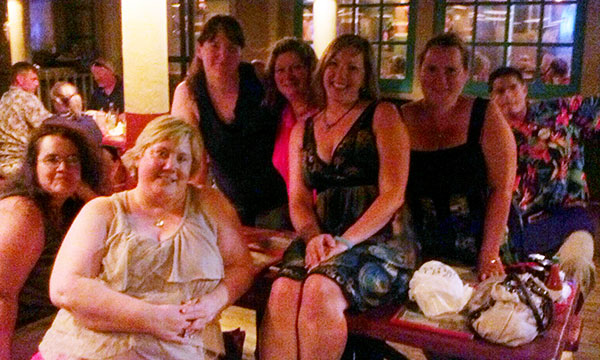 A couple of years ago, on her nine year blogging anniversary, Lynn Terry offered her followers a contest in which they were asked to blog about one of a few topics she suggested. My intent was to blog about it then, but obviously I’m super late on that since she just celebrated her tenth anniversary a few months ago. However, I decided I still wanted to give her a shout out because she’s been a huge source of inspiration for me.

I confessed once that I used to work 14 hours a day 7 days a week. Mind you I was broke with two young kids to feed and had no other source of income. Obviously I don’t work those kind of hours anymore, and I’m no longer broke – and thank goodness, because those were some hard times! — Lynn Terry

When I started my own work at home journey, Lynn was one of the first work at home moms I discovered. Because she was also a single mom, she gave me hope that I could make a living from home. I’ve learned that single parents CAN make a full time income online and still live the life of their dreams, maybe even more so than they ever dreamed. While I’m far behind in the process, I’m still implementing and learning. I’m still often working 14 hour days more days a week than I’d like to, but I’m also finally coming up for air. I have been home full time since April 2007 because of the encouragement I get from Lynn Terry’s success as well as others.

After “knowing” Lynn online for 10+ years, I had the great pleasure of meeting her a little over a year ago at a business meet up in Fort Walton Beach. While I didn’t get to spend near as much time with her as I would have liked, it was like meeting a celebrity for me. Although to be fair, I was also thrilled to meet Nicole Dean and Kelly McCausey: two others I’ve been looking up to since my “beginning” so to speak. I also met Tracy Roberts for the first time and have pretty much attached myself to her hip since then. She’s been pushing me to limits beyond what I realized I could do almost ever since. Wait. I think I’m getting off topic. Ha.

Congratulations (belatedly) Lynn on a fabulous ten years! It’s been a pleasure following you, stalking you, and learning from you. I look forward to meeting up with you again some day in hopefully the near future.